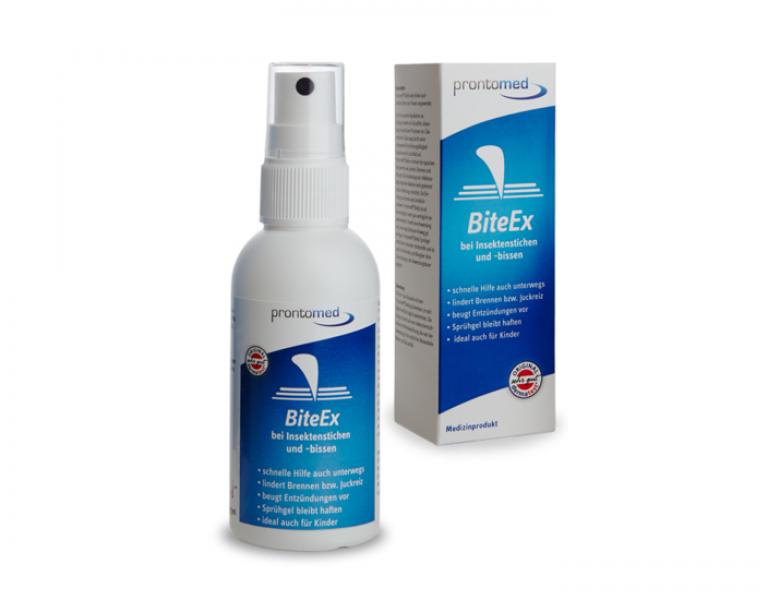 Application: Thoroughly moisten the bite with Prontomed BiteEx. Repeat as needed several times a day. The recipe is based on an electrochemically active mineral salt solution which, after use, breaks down into its natural ingredients, water and salt.